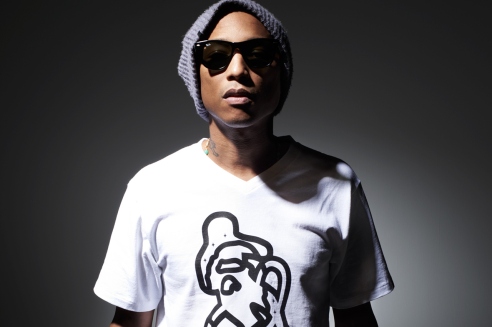 Both Billionaire Boys Club and A Bathing Ape are definers of ‘fresh’, and when the two come together, the result is undeniable. Such is the case with the recently unveiled collaborative project between BBC and BAPE, released in continuing celebration of A Bathing Ape’s 20th anniversary.

The two brands come together to not only commemorate, but also celebrate their long-standing relationship – given Pharrell Williams and NIGO started Billionaire Boys Club in 2003. Accordingly, a series of shirts have been released with custom graphics that overlap BBC and BAPE’s intergalactic motifs. Look for the shirts to drop at Billionaire Boys Club in Tokyo and select A Bathing Ape retail locations.