Whether it’s a ragged, lovingly stitched kitchen towel inherited from a grandparent, a banged-up knicknack collecting dust on a shelf, or a pair of old baby shoes, the seemingly mundane objects scattered around a house serve as a window into their owners’ hearts and minds. In the case of a family, any given eating utensil might go through the hands of children, siblings, parents, and even guests, collecting a little more history with every pass.

Japanese netizens recently charmed us all with a nostalgic glimpse of their family chopsticks, with designs ranging from Sailor Moon to Star Wars that positively ooze character. We take a look at the highlights below.

It’s common for family members in Japan to each have their own specific set of chopsticks. Some families may prefer pairs that match or share the same theme, but for those who are less concerned with having uniform eating utensils, individual sets of chopsticks mean being able to have a fun, unique pair that says something about the owner. Let’s take a look at some of the more unusual choices some people in Japan have made.

▼ There’s something unreal–not to mention fantastic–about the thought of digging in to dinner with katana chopsticks while drinking out of a Mr. and Mrs. Potato Head cup. 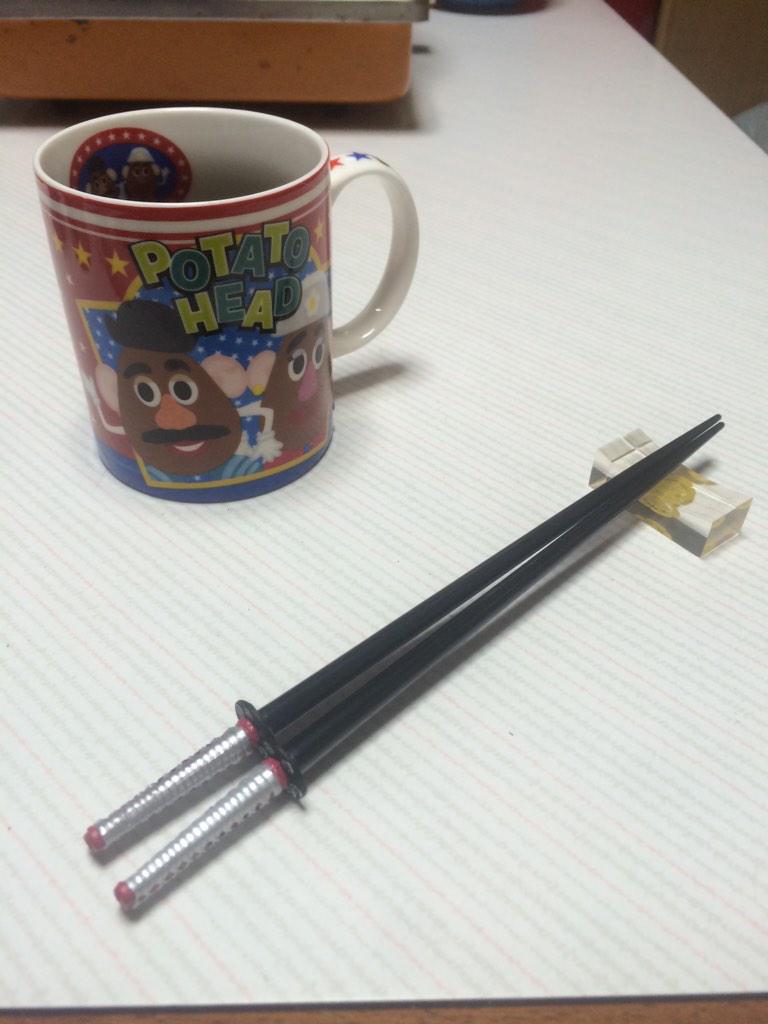 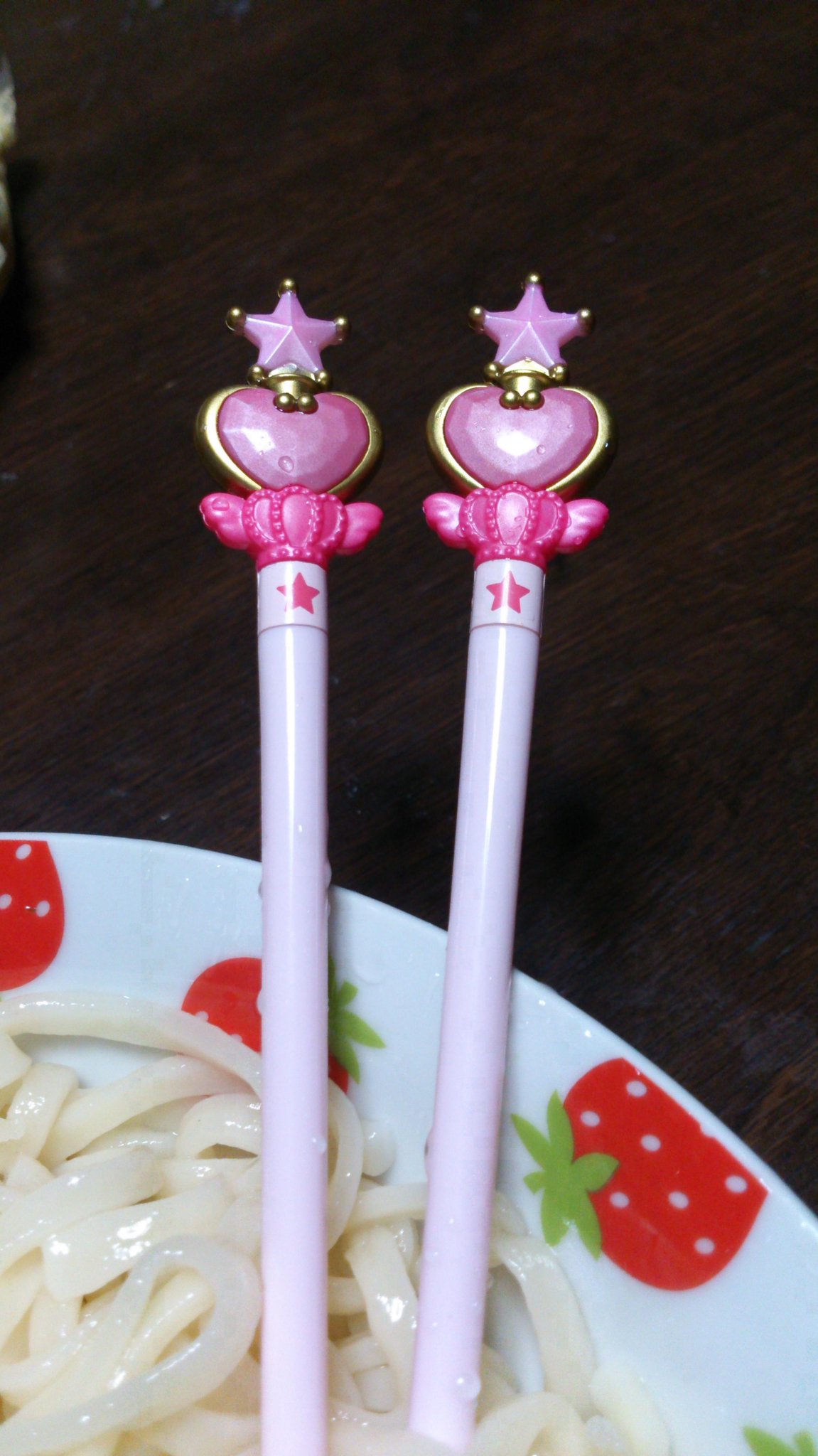 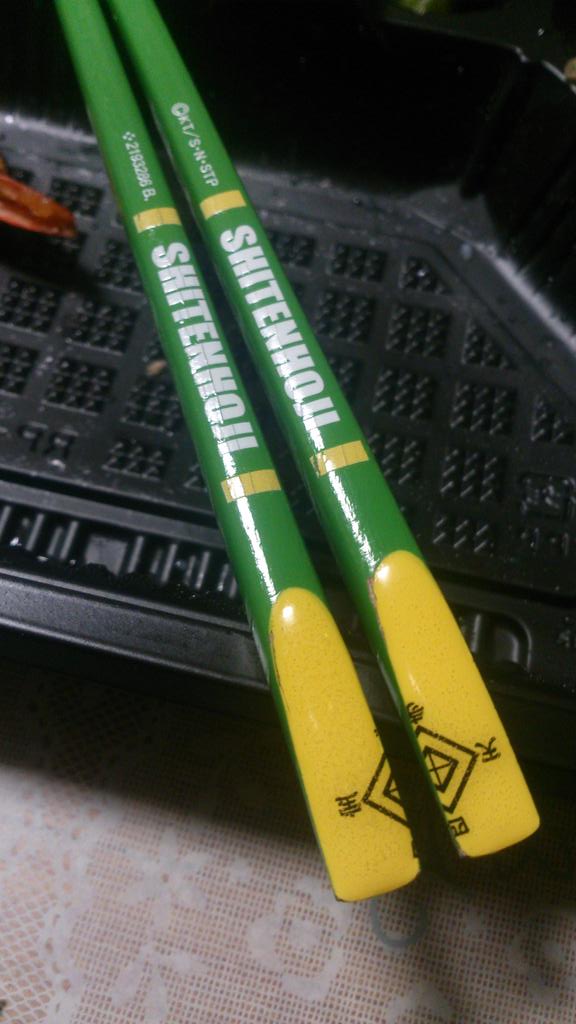 This one requires a little explanation, especially for English speakers who might at first think this a case of mangled English (the glare over the last two letters adds to the confusion). The writing in question actually refers to Shitenhouji Junior High School, home of Rikkai Dai Fuzoku’s perennial rivals in the anime Prince of Tennis. The design on the chopsticks reflects the green and yellow outfits worn by the players from Shitenhouji. Now that’s dedication!

▼ “The first friend I made while watching a kabuki performance recommended these as a joke. But actually… I was intrigued and ended up buying them! Am I the only one who thinks these are pretty great???” 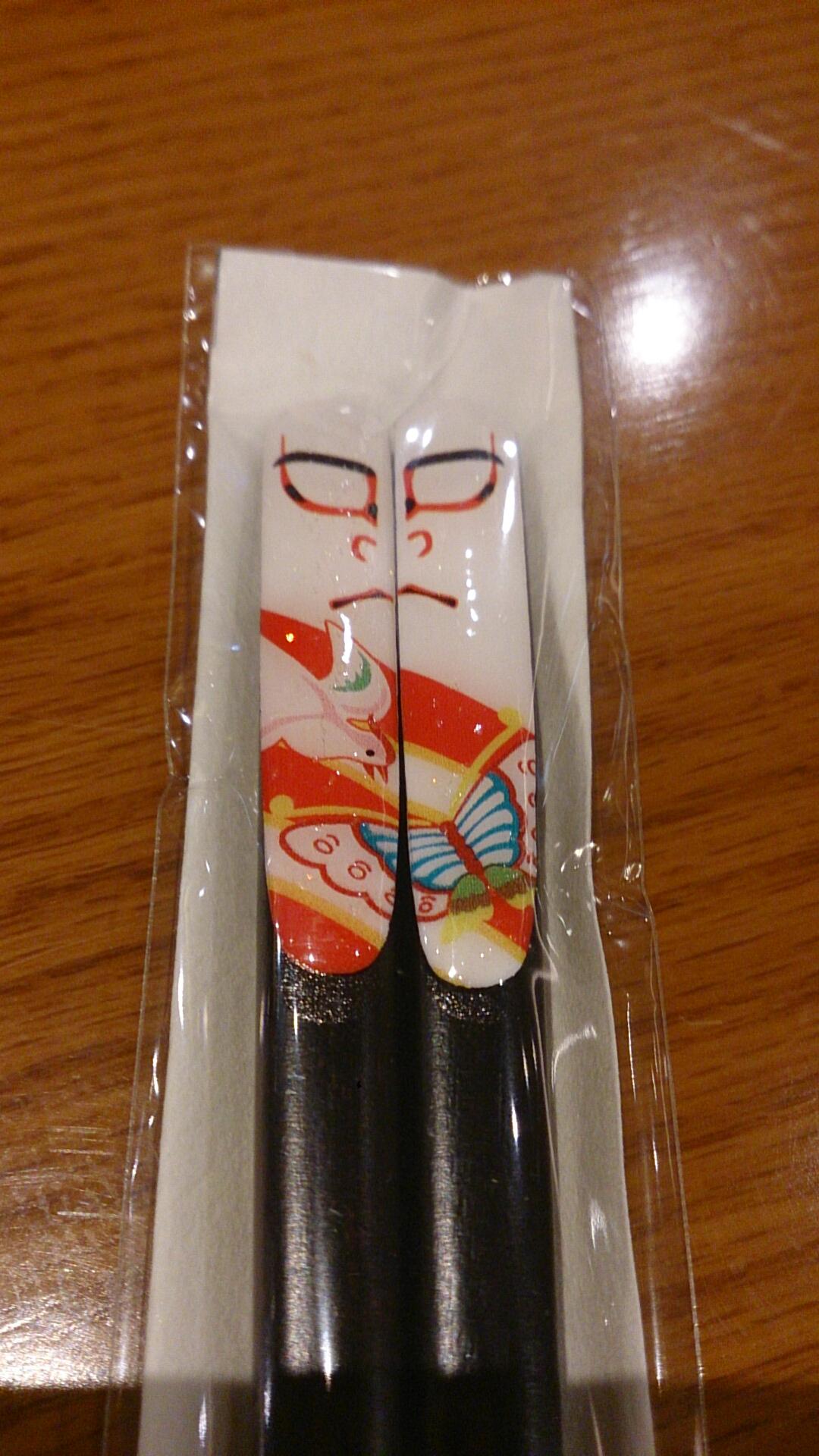 Don’t worry, you’re not the only one. We love how the two chopsticks come together to form the makeup-sporting kabuki figure.

▼ “Here’s a picture of the Ishibakis’ chopsticks. Looks like Mom couldn’t get enough of these. It might be hard to make out on a phone, but the chopsticks have each of the four family members’ Chinese Zodiac signs! Cow, snake, horse, monkey lol. So cute!”

▼ Perry the Platypus (a.k.a. Agent P) from Phineas and Ferb

When this thoughtful poster’s parents both received bonuses at work, she decided to reward them with couples’ chopsticks. The note at the bottom reads, “Dad, Mom, thanks for everything.” These elegant chopsticks are made from urushi, a type of Japanese lacquer derived from Urushi trees.