We couldn’t contain our excitement last month when X-Men: Apocalypse director Bryan Singer revealed that newcomer Lana Condor would be playing the teenage mutant, Jubilee. Although Jubilee was a popular character in the 90’s X-Men comics as well as the animated television show, she barely made an appearance in the previous X-Men films. It seems the tides are turning and we definitely have high hopes for a bigger Jubilee presence in the films with Condor now on board.

And even more exciting is to actually see it all come together. Filming for X-Men: Apocalypse officially began last week and thanks to social media, we were lucky enough to get a look at Condor dolled up in Jubilee’s trademark yellow jacket and the bright colors of 80’s fashion. 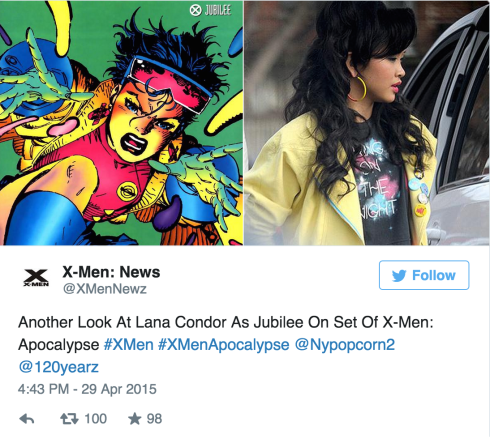 Condor also seems to have picked up a familiar face as a friend. Sophie Turner, most known for her role as Sansa Stark in HBO’s Game of Thrones, has been casted in X-Men: Apocalypse as Jean Grey. It’s truly hard not to be excited seeing the two of them interact. 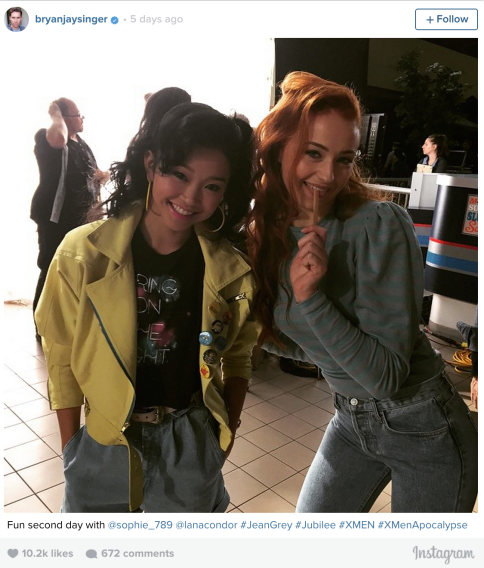