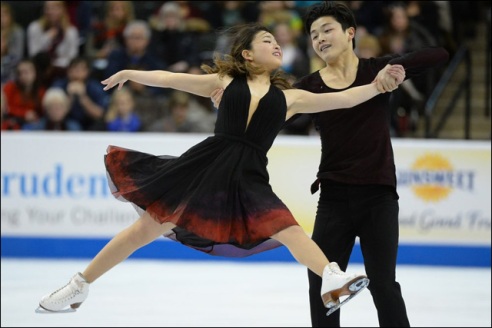 Performing their free skate to Coldplay’s “Fix You,” the five-time medalists finally broke through and nabbed gold with a final score of 190.14. Chock and Bates finished second with 186.93.

The Shibutanis — affectionately known as the “Shib Sibs” — were U.S. silver medalists in 2011 and 2012, then took bronze in 2013 and 2014, then finished again with the silver last year. And now they’re gold medalists.