Having honed his skills working with luxurious brand such as Prada, Calvin Klein and Yves Saint Laurent, Andrea Pompilio again teams up with Japanese sporting label Tokyo Onitsuka Tiger on a collection for 2015 fall/winter. Following a 2014 fall/winter footwear line, the Italian designer again brings forth his relaxed yet sophisticated style to the limelight, showing his ability to mix technical and functional elements in a slew of street-ready designs for recent Mercedes-Benz Fashion Week.

Ski jackets are matched with loose-fitted short and tights. Collegiate logos take on other voluminous outerwear, and pieced together with outdoor accessories such as belt bags, beanies and gloves. With a strong focus on quality, Pompilio presents a collection in line with current outdoor-inspired trends seen on and off the runway.

After launching its Fall/Winter 2014 season just two weeks ago, the ongoing collaboration between Italian designer Andrea Pompilio and Onitsuka Tiger has produced yet another rendition of the Colorado Eighty-Five. This version of the retro runner finds the silhouette done up with a monochrome geometric patterned upper, executed in supple leather. A bold tonal green heel counter contrasts both the upper and the midsole, which features a futuristic dotted motif.

A trail-inspired rugged rubber outsole completes this offering from the fourth round of Andrea Pompilio’s collaboration with Onitsuka Tiger, available at retailers such as Premier now.

Andrea Pompilio and Onitsuka Tiger take to Tokyo to show the latest collaborative collection for Fall/Winter 2014. Moving things to Japan as opposed to the past shows in Milan, the Pesaro-born designer reinterpreted Onitsuka’s athletic foundations by meshing technical materials in with urban and street undertones.
Given the theme name “Urban Spaceman,” the collection is catered to a younger audience as seen in the use of silver/reflective accents, more relaxed cuts, and the focus on hooded sweatshirts and Thailand pants. Pompilio also played with geometric shapes and patterns to help relay a futuristic message in each piece, visible in a few of the pants, but mostly in the accessories and footwear.
The change in pace for Onitsuka Tiger has once again proved to be successful as they continue to explore more technical and lifestyle driven offerings.
Check out this link:
Onitsuka Tiger x Andrea Pompilio 2014 Fall/Winter Collection

Onitsuka Tiger and Andrea Pompilio recently teamed up to produce their Fall/Winter 2013 collection. Combining athletic and high-street influences, the lineup combines blazers with shorts and leggings and also introduces an assortment of original shoes and bags. The palette is mostly a somber blend of neutrals save for some sparingly applied metallics. 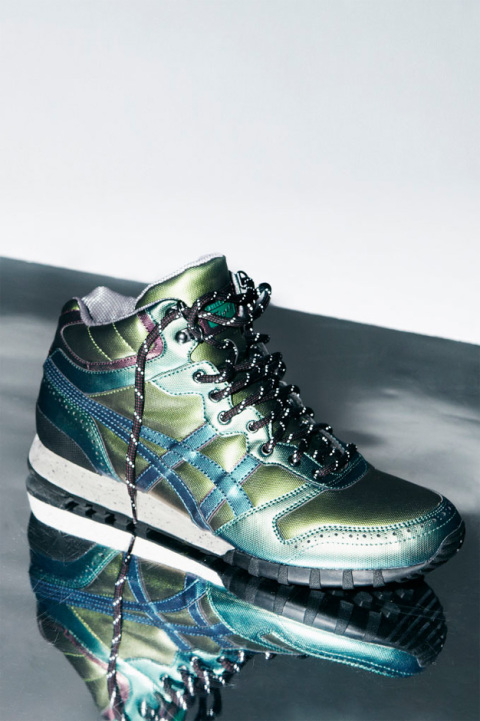 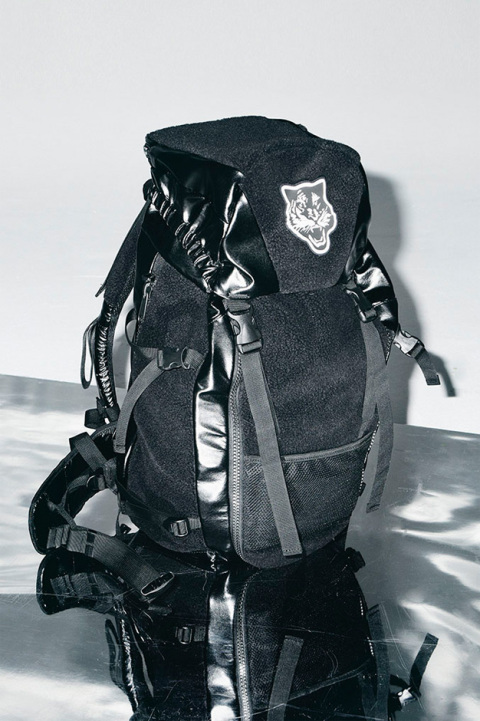