New York film fans! Here’s what’s up. Mark your calendars, because the 37th Asian American International Film Festival, presented by Asian CineVision, will soon be upon us. AAIFF is the nation’s longest running festival of its kind and the premier showcase for the best in independent Asian and Asian American cinema. This year’s lineup includes a total of 18 features and 33 shorts, ranging over 21 countries and regions.

The festivities kick off on July 24 with the Opening Night Gala screening of the documentary Sold at Asia Society, and continues through August 2 at venues throughout New York City. Here’s a sampling of some of the festival’s spotlight presentations:

Directed by Academy and Emmy award-winner, Jeffrey D. Brown and Executive Produced by two-time Academy Awards winner, Emma Thompson, SOLD follows Lakshmi (by the stunning Niyar Saikia), a thirteen-year-old girl who travels from rural Nepal to the “Happiness House,” a sordid brothel in Kolkata, India. There she bonds with the other residents with incredible optimism, tenacity and camaraderie that enable her to survive. Adapted from Patricia McCormick’s globally acclaimed book and based on true events, SOLD sheds light on the brutality of the global crime of child and sex trafficking and seeks to raise pertinent dialogues.

When Moises, a Filipino caregiver comes home to Tel Aviv for his son, Joshua’s fourth birthday, his world is turned upside down by the unnerving political news: the Israeli government is deporting children of all foreign workers. An earthy portrait of the displaced – refugees, immigrants and foreign workers, TRANSIT poses the problem of subject identity, home and national identity in question that is distinctively relevant to the globalization of the present world. TRANSIT was the Filipino entry for the 2014 Academy Award for Best Foreign Language Film.

HOW TO FIGHT IN SIX INCH HEELS

Anne is a flourishing New York-based fashion designer with a seemingly perfect love life. But she suspects that her fiancé Kiet, relocated to Vietnam for business, has a supermodel mistress. Now Anne has made her cunning plan to infiltrate the Vietnamese fashion industry, and battle for the truth. The uproariously comedic HOW TO FIGHT IN SIX INCH HEELS not only satiates the haute couture appetites, but is also spiced up with hearty moments of love and friendship. Vietnamese American director Ham Tran and writer/producer/star Kathy Uyen team up to create this vibrant box-office hit that demonstrates the best of Vietnam’s film industry today.

Looks like Asian CineVision has put together another really solid program. For further information, including tickets, venues and the full slate of screenings and events, visit the AAIFF website.

50 percent of Asian Americans surveyed say they are not included or unaware of what their companies are doing to grab the APA market.

Only 40 percent believe there is adequate representation on their company’s board of directors.

Asian Americans and Pacific Islanders from Fortune 500 companies were surveyed.

Despite the perceived lack of engagement by these employees from their employers, a resounding 95.4% say they care about the success of their company. 60 percent say they’ll stay with their employer for at least five years.

You can find out more about the survey in the China Daily.

“performance [that] can reach heights of drama and profundities of emotion known only to the greatest of world performing arts.” (New York Times)

Five of Korea’s finest musicians perform in a festival of traditional music, from the sophisticated virtuosity of the solo improvisation of sanjo to the deeply soulful bardic pansori. 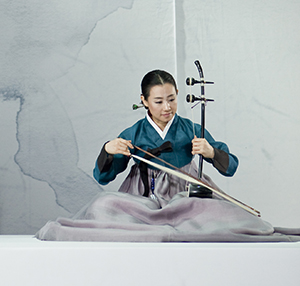 Pansori is a powerful solo sung storytelling form. This evening features a rare performance by a male maestro of the form, Lim Hyeun-bin, who tells an epic tale of sacrifice and love through the soulful sung narrative.

Asia Society: Visitors to the 1964 Tokyo Summer Olympics were greeted by the city’s crown jewel: the recently completed 333-meter-high Tokyo Tower. Currently, tourists ogle the 634 meter-high Tokyo Sky Tree— the second-tallest building in the world and the newest symbol of the city. With the 2020 Olympics on the horizon, audiences are becoming familiar with the two towers that will undoubtedly be featured in festivities.

The forerunner to the Sky Tree, Tokyo Tower was the tallest structure in the world when completed in 1958. Fashioned amid the heady pursuit of a sunny future, it became a tourist mecca in a city where population was soaring, infrastructure growing and business booming. Essentially, times were good — and the Tokyo Tower projected Japan‘s global ascendancy.

But, somehow, Tokyo Tower’s urban identity got stuck in the ’60s, and sustaining interest among local and international tourists became a problem. After all, with limited shopping and entertainment venues, and no other diversions nearby — after you saw the city views from its deck, what was the point of going again? The once-prized “ultramodern” façade tarnished as newer buildings sprung up throughout the ’70s and ’80s.

Meanwhile, as the Nikkei Average climbed in the ’80s, cracks and fissures in Japan’s economic and business models became apparent: the center could not sustain itself. With the death of the emperor — a figure integral to the country’s modernization struggle — in 1989, an intangible rift appeared.

It was at this junction that Tokyo Tower reentered the scene. With the economic collapse and then recession, a nostalgia wave was born as people sought reassuring icons of the past. This fad, although lessened somewhat, continues today in the form of nostalgic hot springs, theme parks, diners, movies and other tourist locales. Tokyo Tower remains prime among these — an icon of the future relegated to the past.

In 2012, Tokyo Tower’s younger brother joined the city skyline — Tokyo Sky Tree, a structure old by design. Utilizing traditional colors, dynamic lighting techniques, picturesque aesthetics and neighborhood integration, the Sky Tree serves as a culturally sustainable civic and tourism anchor. How? By simply not offering lofty visions of the future (height aside, of course). Rather, its design meets the necessities of 21st-century lifestyle patterns through targeted shopping, entertainment, public facilities such as museums, and a local community gathering spot, to name a few. All of these designs were made to match the cultural practicesand patterns of Japan.

The advent of the Sky Tree signals a subtle but meaningful shift. Achieving and subsequently showcasing modernity as mediated by Western standards can no longer be the (only) goal. Rather, at least in Japan’s case, reapplying traditions applicable to 21st-century needs creates successful, sustainable and resilient business practices for domestic and international audiences eager to experience something real. The two towers demonstrate the progression from modern to postmodern — a world where the future becomes the past.

Why Tokyo’s Two Towers Embody Shift ‘From Modern to Postmodern’

Gotta love the NY Asia Society for scouring through their archive of over 500 recipes to highlight 10 summer treats.