Facebook just released an official Bruce Lee Sticker Pack. There’s a unique illustrated, animated Bruce sticker for every sentiment. It’s free, and you can use it throughout Facebook.

Groundswell Productions is producing the movie.

The film recreates the mid-1960’s fight between Lee and Wong Jack Man from the point of view of McKee. After the fight, Lee reinvented himself and his style of kung fu. Action sequences will be designed by martial arts choreographer Corey Yuen, whose credits include “Lethal Weapon 4,” “X-Men,” “Romeo Must Die” and “The Expendables.”

Lee began appearing in films in the early 1970s before passing away in 1973. Wong remained silent about the fight for many years and retired from teaching martial arts in 2005 after 45 years.

“’Birth of the Dragon’ is a rare opportunity to make an action film with rich characters based on real events and real people,” Nolfi said. “It’s a story about people from the East and West transcending their differences to work together, which is obviously a very timely story.”

“We’re thrilled to be telling one of the great untold stories in martial arts history, especially at this unique moment when China and Western audiences are opening up to each other as never before,” said London. “To work with a Chinese film company like Kylin on a story that has so much significance in China has been a wonderful collaboration, and, we hope, the first of many.”

Taiwanese and Hong Kong kung fu actor Tien Feng’s first movie was Happenings in Ali Shan back in 1949, and his last movie was Eros in 2004. During this half a century of acting, he’s worked with Jackie Chan on multiple films and was even in Fist of Fury with Bruce Lee.

Shannon Lee, the daughter of martial arts legend Bruce Lee, recently announced her plans in developing a definitive biopic about the late action star. The currently untitled film will be capturing the life and legacy of Bruce Lee in a way that many previous films failed to do, firstly, by being fully supported by Lee’s family.

“There have been projects out there involving my father, but they’ve lacked a complete understanding of his philosophies and artistry… They haven’t captured the essence of his beliefs in martial arts or storytelling. The only way to get audiences to understand the depth and uniqueness of my father is to generate our own material and find amazing like-minded partners to work with.”

The biopic is set for a big Hollywood release with big-budget production by Bruce Lee Entertainment, which launched last year in honor of Lee’s contribution to film and culture. The company plans to release the film as the its inaugural project.

Abbas Alizada, a 20-year-old from Kabul, Afghanistan, is nicknamed “Afghan Bruce Lee” and there’s reason for it. Not only are his physical features strikingly reminiscent of the legendary martial artist, but his practice of martial arts are similar as well.

Videos and photos of him posted on his Facebook page show him in Bruce Lee’s famous “about to attack” pose, doing backflips, and delighting anyone who has seen Fist of Fury. These posts have gained lots of attention and he is now internet-famous in Afghanistan’s smaller internet community.

Alizada hopes this will only be the start. “I want to be a champion in my country and a Hollywood star,” Alizada told the Japan Times.

In his pursuit of fame, however, he rejects the name Bruce Hazara given to him by friends. Instead, he remains with his roots and ethnicity, preferring to be known as the Afghan Bruce Lee, especially in a country so divided.

From a family of ten children, Alizada never had enough money for him to study martial arts.

According to Reuters, the school’s trainer decided to teach him anyway after seeing his promise.

As Alizada’s home country continues to be shaken by violence and controversy, he tries to contribute by showing the different dimensions of his homeland. “The destruction here makes me sad, but it also inspires me,” he told Reuters. “The only news that comes from Afghanistan is about war… I am happy that my story is a positive one.”

The baby from Hogwarts School of Witchcraft and Wizardry.

The cutest baby ewok ever. EVER.

The baby who can beat you up.

Baby Kiki and her Delivery Service.

…and her twin sister.

What could be cuter than this little Mario?

A baby Cheeseburger that doesn’t seem to know what’s going on.

A baby lobster that knows exactly what’s going on.

Last, but certainly not least is the baby who doesn’t care what holiday you think it is. 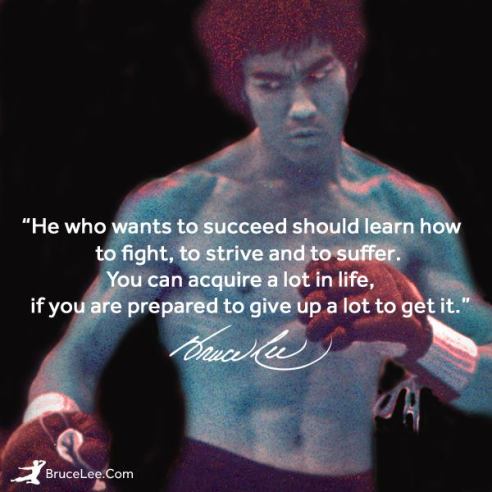 “He who wants to succeed should learn how to fight, to strive and to suffer. You can acquire a lot in life, if you are prepared to give up a lot to get it.” – Bruce Lee

Angry Asian Man:
This is awesome. Artist Jeremy Arambulo just dropped the first chapter of his new comic, A Challenge.

Set in San Francisco’s Chinatown in 1964, the comic centers on three young friends whose lives are changed after they meet a martial artist named Bruce Lee. Jeremy says the comic was inspired by the true story of Lee’s most famous fight with rival Wong Jack Man.

‘A Challenge’ will be serialized bimonthly in eight parts, with a new chapter every two months.

Here are the first couple of pages of the comic:

To see the rest of chapter one, head over to Jeremy Arambulo’s website.

Joe Hahn should by now be a familiar name to HYPEBEAST readers, owing to his storied career as American rock group Linkin Park‘s DJ and programmer. Building on his experience directing some of Linkin Park’s most viewed music videos, with “Numb” having racked up close to a staggering 185 million views on YouTube alone, Joe Hahn has written and directed the soon-to-be-released film MALL which will be his feature-length directorial debut. In lieu of the film, Hahn recently curated an art show at KNOWN Gallery in Los Angeles inviting prominent creatives to come together and reinterpret the themes portrayed in MALL.

His Essentials certainly reflect his many creative identities at the current moment: a handheld viewfinder helps Hahn envision a potential scene and pick a suitable lens when out shooting, whilst an array consisting of a synthesizer, DJ controller, electric keyboard, and headphones comprise Hahn’s music-making arsenal. Among his daily essentials include his Porter wallet, Patek Philippe watch designed for multiple timezones, a Sharpie for autographs and tagging, and hand sanitizer for all the handshaking. A multipurpose butterfly knife and Linkin Park backstage pass round out the selection, all of which is stored in a handy folio bag by KILLSPENCER. Additionally, nunchakus serve as an homage to Bruce Lee’s posthumous 1978 film Game of Death.

MALL will be released in the U.S. on October 17.