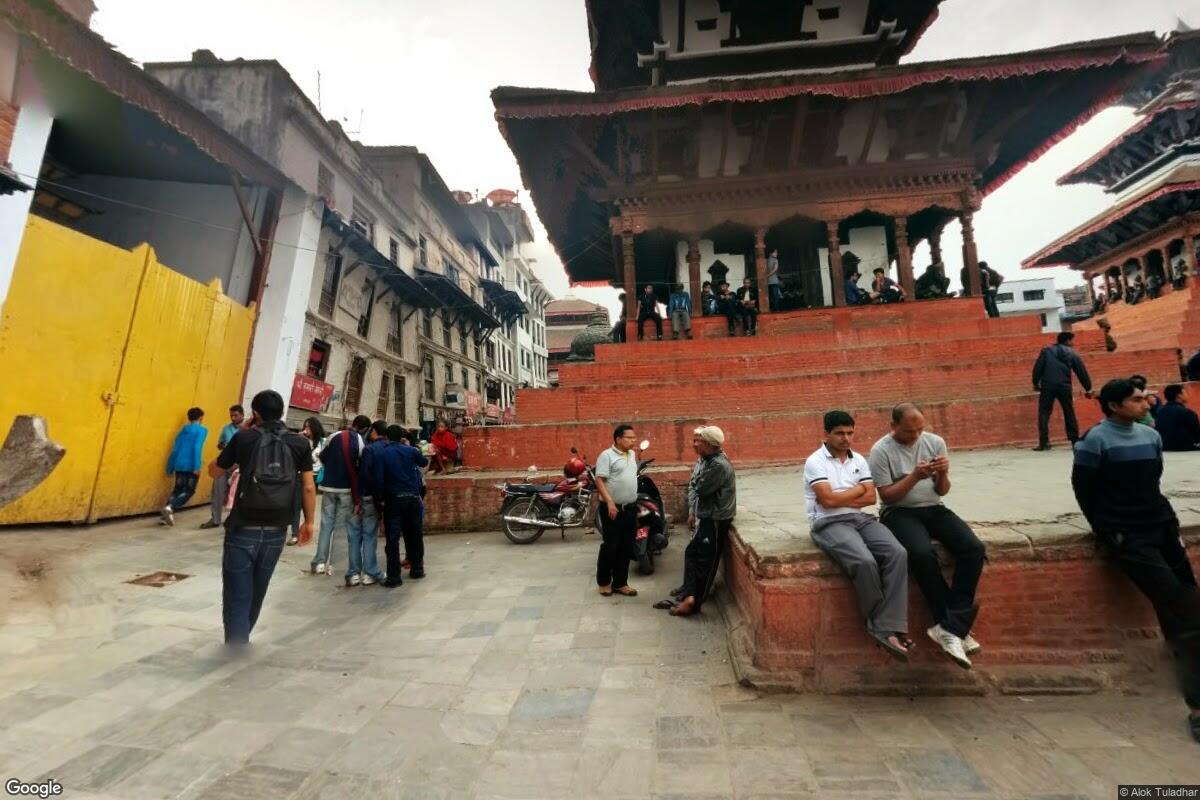 Volunteers helped to remove the debris of a three-story temple.

After the earthquake, people occupied the square in front of a collapsed temple in Bhaktapur, eight miles east of Katmandu.

A nine-story structure built in 1832 on orders from the queen. It was made of bricks more than a foot thick, and had recently been reopened to the public. Sightseers could climb a narrow spiral staircase to a viewing platform about 200 feet above the city.

A Bathing Ape collaborates with Kiehl’s to produce a limited edition moisturizing cream. The product itself is the “Kiehl’s Ultra Facial Cream,” the skincare line’s top-selling lotion, featuring a special BAPE Camo label. 100% of the revenue generated will be donated to the NPO Corporation, which stands to support the aftermath of the Great East Japan Earthquake by planting cherry blossom trees in the Tōhoku district of Japan.

It has been a year since Typhoon Haiyan swept through the Philippines, wiping out low-lying coastal communities. More than 7,000 people either died or went missing in the storm, which was the most powerful to ever make landfall.

These nine before-and-after photo pairings show how residents have been rebuilding their shattered towns.

The coastline in Tacloban City.

A road along from the airport in Tacloban City

Tacloban’s Astrodome, which doubled as an evacuation center during the typhoon

A road along from the airport in Tacloban

Basper Cemetery on the outskirts of Tacloban City. After the typhoon, bodies were placed on a road before being buried in a mass grave 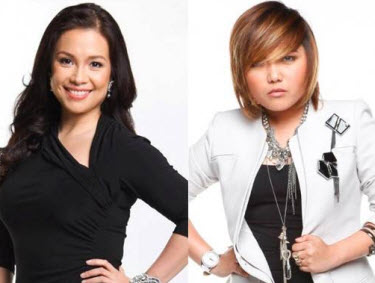 The Washington-based Migrant Heritage Commission (MHC) in an e-mail to the Philippines News Agency on Saturday said the concert is an initiative of the Philippine Ambassador to the US Jose Cuisia.

Grace Valera, MHC co-director, said other Filipino groups such as Philippine Humanitarian Coalition and the US Philippines Society are coordinating activities related to the event to ensure the success of the concert.

Hollywood star Lou Diamond Phillips, whose mother is a Filipino, will also be part of the concert.

In a statement, Valera said: “Every ticket counts as the funds raised will go to typhoon relief programs in the Philippines. This is our opportunity, as a united community in the Capital Region (Washington), to show our continued support.

“Please take a moment to remember that so many Filipinos lost their lives and millions were displaced as a result of typhoon Haiyan. We all know there is a lot of work to do. But, in order to continue the progress that has already been made, we need to find it in our hearts to continue to give what we can. It is a sacrifice on our part, but it is worth it to help improve the livelihood of our brothers and sisters in need. Their current struggle is something that many of us can’t even imagine,” Valera added.

Typhoon Yolanda was the world’s strongest to hit landfall in over 100 years that devastated the islands of Samar and Leyte, particularly Tacloban City, on November 8, 2013, killing over 7,000 people. Other areas in central Visayas were also devastated.

Seven months after, thousands of survivors are still without homes.

The Philippine government with the help of the international community has launched a massive rehabilitation effort.

Japan probably has the world’s largest and most bizarre selection of Kit Kat flavours on offer, but this latest release is about more than just tickling your tastebuds. Nestle Japan is offering a specially-packaged version of their classic biscuit to help recovery in areas destroyed by the devastating tsunami of March 2011.

On June 16 Nestle Japan will release the ‘Kit Kat Mini Kippu Kat’. In Japanese ‘kippu‘ means ‘ticket‘, and according to Nestle PR, ‘these are the first sweets in the world that function as train tickets.’

The box containing the biscuits will serve as a rail ticket for the Sanriku Railway line in Iwate Prefecture which was damaged during the 2011 Tōhoku Earthquake, losing 5.8km of line, and finally reopened this March.

Hand over the box at the ticket booth or when you alight from the train, and you can get 190 yen (US $1.90) off your fare. That’s how much it costs to travel the distance between Shimanokoshi and Tanohata stations, the last part of the track to reopen. If your fare is going to be more than 190 yen then you have to foot the difference yourself. It’s all for a good cause though, aiming to bring people back to a region that was devastated by the tsunami three years ago, so go on and treat yourself to the knowledge that you’re doing a charitable deed (yummy chocolate is just a bonus).

One box costs just 108 yen (US$1.05) and contains three plain chocolate mini kit kat bars. They’ll be sold in supermarkets and convenience stores around the Tōhoku area, and the ticket is valid until the end of May 2015.

In light of emergency vehicles being unable to reach victims of the 2011 Tohoku earthquake and tsunami, the Tokyo Metropolitan Police Department has announced the addition of 10 off-road bikes to their force.

The bikes will be used in disaster relief efforts when roads are too difficult to navigate with standard police vehicles. As this is the first time off-road bikes have been used by police forces in Japan, a practice session was held in Tokyo’s Koto Ward on March 25 to mark the occasion.

All 10 of the new bikes and their riders were put through a series of tests.

Japanese legend has it that if you make one thousand paper cranes, the gods will cure you. A Vietnamese-American student initiated a paper crane folding fund-raising project that would benefit children affected by Typhoon Haiyan.

Tenth grader Francis Nguyen, together with her friends Chieu Le, Teresa Do, and Kali Gabriel, got people from their community to fold 1000 paper cranes that generated a total of $1,000. A crane was equivalent to a one-dollar donation.

“Cranes symbolize hope, health, happiness, and longevity. People need something to hope for and smile about when they believe there isn’t much to look forward to in their future, ”Nguyen said when she turned over the cranes and the proceeds to Philippine Ambassador Jose L. Cuisia.

“The Crane Project, which seeks to bring hope after devastation, was inspired by the Japanese myth that if one folded a thousand cranes, his or her wish would be granted,” Nguyen added,

Nguyen previously folded paper cranes for victims of the earthquake and tsunami that hit Japan in 2011.

“I would like to thank you for your kindness, generosity, and prayers. The children in the Philippines, especially those orphaned by the typhoon, need those things you mentioned—hope, health, happiness, and longevity—as we move from the relief phase to the rehabilitation phase,” Cuisia said, in response to Nguyen.

Cuisia also received over $18,000 from representatives of the Vietnam Buddhist Center and the Tu Bi Foundation.

Citing the Philippines’ acceptance of Vietnamese refugees during the Vietnam War in 1975, Thich Nguyen Hanh, Abbott of the Vietnam Buddhist Center said, “We are in debt to our Filipino friends.”

“No words can express my gratitude and appreciation for what you had done for us, your support, your extraordinary generosity, kindness, heroism, and never-ending grace which comforted us through the most difficult time in our nation,” he added.

“I do want to help the disabled the best way I can and the best thing to do right now is to get the word out that we are collecting funds because Handicap International is on the ground now working to help all those victims,” she said.

Cox’s relatives are from the town of Mercedes, an area devastated by Haiyan. Her great aunt died in the disaster and she suspects when she visits the area possibly in March, she will not recognize it.

Here is a Philippine disaster relief site, set up by our good friend and Team-Yellow supporter, Lani Evans:

My friends know how important the Philippines is to my heart. This is my other country…where most of my family lives, where I have dual citizenship, where every year I go back to give back to those less fortunate.

When I first went to Cebu as a child, I realized that the only difference between me and my island counterparts is that they had the misfortune of being born into poverty on another part of the planet. They have Third World problems of necessity and survival and I have First World problems of luxury and excess. Right now they’re desperate for our excess.

Typhoon Haiyan has left thousands dead, nearly a million displaced and countless others hungry for food and water in our region called the Visayas. In the wake of the strongest storm in recorded history and a 7.3 earthquake that hit just a month prior, millions are in need of basic necessities…food, water, shelter and medicine.

Aid distribution has been hindered by unscrupulous government officials and corrupt organizations. For that reason, I’m focusing my efforts on going back to Cebu to personally get supplies for those desperately in need in the Visayas. Those who know me know that this part of my purpose and now we have an even greater need for help.

When I return to the Visayas, I’ll focus on buying rice, medicine, basic supplies (toothbrushes, soap, etc.) and repairing homes in hard hit areas of northern Cebu (my home island), Bohol and Leyte. I’ll document everything in pictures as I’ve always done in the past to show where your donation goes.

Whatever you can do towards this mission is so humbly appreciated.

Please help the cause!!!

Threadless, known for its community-designed graphic tees, is selling a tee designed by Filipino Dan Elijah G. Fajardo to help raise relief funds. Titled “The Sun Will Rise Again,”100% of the net proceeds will be donated to Architecture for Humanity, a non-profit design services firm that plans to help rebuild the area.

Meanwhile, native Filipino, designer and CFDA member Josie Natori is using her website to ask both partners and customers to donate to charities on the ground.

And, since fashion people love to shop, there will be a sample sale benefiting the victims of Typhoon Haiyan from next Thursday, Nov. 21 through Nov. 23. The sale will feature pieces from Acne Studios, Bing Bang jewelry, Damir Doma Silent and more, hosted at the Archetype Showroom in New York City. More info can be found via Lucky EIC Eva Chen’s Twitter.

For more ways to help, check out the New York Times‘s list of groups already engaged in the Philippines.