Seattle Seahawks receiver Doug Baldwin, Jr. carries the Philippine flag upside down before the start of a match with the Minnesota Vikings. In Philippines, inverted flag means war, but Seattle Seahawks defended that “We are fighting the devastation of Haiyan which has been worse than many war-torn regions of the world.”

Baldwin has “too many family members to count” living in the Philippines, including his grandmother, The Seattle Times reported. 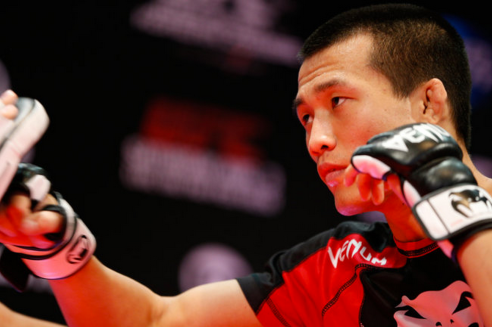 Chan Sung Jung is a cult favorite among MMA fans for his courageous and aggressive fighting style. When it comes to issues he cares about, the featherweight contender is just as committed outside the cage as he is inside it.

Earlier this year, the “Korean Zombie” sent an open letter to Georges St. Pierre, in an attempt to educate and chastise the welterweight champ for wearing a gi to the ring before his fight against Nick Diaz that had the rising sun symbol – a symbol used on the World War II Japanese war-time flag. Jung pointed out that to many people in Asian countries, the rising sun symbol brought up memories of atrocities committed by Japan during the second world war and that using the symbol was akin to someone using a Nazi swastika.

Jung’s letter made a difference. St. Pierre issued an apology to those offended and the maker of the gi also apologized and decided not to take the gi to market.

Viewers of this season’s Ultimate Fighter may have noticed bantamweight champion Ronda Rousey wearing a T-shirt sold by the UFC that also features the rising sun symbol, on a Pride Fighting Championships T-shirt. In response, Jung has written and sent out another letter, this time to one of his biggest fans – UFC president Dana White – asking that the UFC be more sensitive to what the symbol means to Koreans and others.

The UFC indeed is attempting to grow in Asian countries and Jung brings up an interesting point. Does enough of Asia agree with Jung about the symbolism of the rising sun emblem that it could hurt the UFC’s reputation in countries like South Korea?

We don’t ourselves know the answer but we’re glad anytime a thoughtful discussion about history and society arise in sports. So far, the UFC has not issued a formal response to Jung’s letter.