OMG, indeed!!! Awkwardness broke out at Los Angeles International Airport when the members of up-and-coming K-Pop group Oh My Girl were detained on suspicion of being sex workers. According to a statement from the group’s label, WM Entertainment, US customs officials got the idea after searching through the girls’ costumes and props.

It’s actually quite surprising since, according to several videos of Oh My Girl stage shows, they tend to be rather conservatively dressed compared to other K-Pop offerings.

With the addition of a possible visa problem, Oh My Girl’s eight women, aged 16 to 21, were held for 15 hours before reportedly boarding a plane back to South Korea. As a result they had to cancel a performance and photo shoot for their next album cover.

WM Entertainment is said to be currently seeking legal advice to determine if the detention was unjust, but no legal action has been taken. There are also no plans for the group to return to the USA at the moment.

Perfume, the three-member electro-pop group from Hiroshima, Japan, took to the stage for a special performance at the 2015 South by Southwest (SXSW) festival in Austin, Texas. The annual event, held this year from March 13-22, always includes a unique lineup of musical artists, independent films, conference panels, and technological exhibitions, all carefully selected to showcase the highest levels of creativity in the current industry.

Even in that environment, Perfume’s musical and dance performance seems to have blown away the crowd with its ground-breaking use of projected visuals. Is their performance really happening in the physical world? Folks from around the world who’ve seen the video online say it’s enough to give them goosebumps!

The lovely ladies of Perfume, Kashiyuka, A~chan, and Nocchi, are no strangers to the world circuit, having embarked on sold-out concert tours in not just Asia, but in Europe and North America as well. As a result of all of this international exposure, the group was invited to perform at SXSW in the U.S., where they’ve already built up a considerable fanbase. And if those lucky fans have any say in it, this particular concert is likely to go down as legendary in the history of Perfume’s live performances.

The group performed at SXSW on Tuesday, March 17, taking the stage for 50 minutes beginning at the late (early?) hour of 1 a.m. As part of the set list, Perfume performed a new song called “STORY (SXSW-MIX)” for the first time ever which involved the use of adjustable, semi-transparent screens onto which a variety of images were projected. The girls danced in front of, behind, and around the screens while being hit with a deluge of constantly shifting patterns and lights.

If you weren’t lucky enough to catch the trio in person, you can see the video of the performance right here:

Mysterious, skilled Japanese girls’ rock band (pronounced: go go nana ni san ni rei) have appeared out of nowhere with a music video for their song, titled “Hanseiki Yuutousei” (Half a Century Honor Student). Their debut single is due for release on March 25, but the identities of these young ladies remains a complete mystery.

Check out their video:

The girls’ music is packed with dissonance and syncopation but, their formation is also unorthodox: three drummers and five guitarists but no bass player. Could it be that all this complexity is meant to reflect the complex feelings of youth? After all, the lyrics do talk about the desire to change oneself, a common feeling during one’s teen years. The contrast between the hard music and setting which looks like it could be an idol music video makes an interesting statement as well.

Several commenters on the video seem to be convinced that this is idol group Shiritsu Ebisu Chugaku hiding their faces. Given the eclectic nature of Ebichu’s music and their unpredictable videos, that would not be surprising. Regardless of who these eight mysterious young girls are, they have skills beyond a typical band, male or female. Perhaps we’ll learn more when they officially debut on March 20.

Although details are still scarce, we hope that information on where to get “Hanseiki Yuutousei” (Half a Century Honor Student)” will be released soon since it’s really catchy, even though we’re probably tapping our feet to the wrong beats. In the meantime, here is the cover art.

The band’s official site can be accessed here. 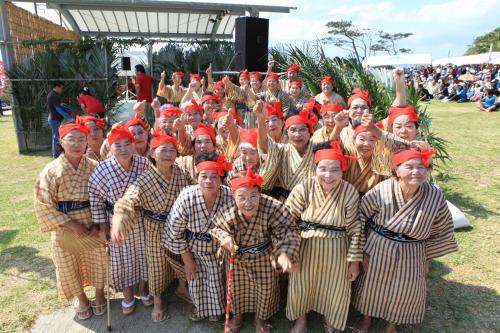 To most Westerners, the world of K-pop stars (especially the dudes) looks understandably ridiculous. But hey, we don’t judge people on looks and cultural differences. Instead, we judge them by how much money they make — and damn, we never could have guessed that ultra-feminine boys in eyeliner made this much money.

The three major K-pop labels — SM Entertainment, YG Entertainment, and JYP Entertainment (all very original agency names) — have reported record profits this year. Their clients are the hottest K-pop groups out right now and they each made this much in the first half of 2014:

When those numbers are doubled for a rough yearly total, each group takes away at least $50 million, which includes tours, brand deals, albums and everything else, though that’s still not a lot for a group like SuperJunior, who has to split their nearly $57 million between their inefficient 10-member money-making bandwagon.

But before you decide to pack up and move to South Korea, slap on some mascara and join a boy band (also applies for girl bands), those millions really only belong to the most successful groups. The average amount that K-pop groups make is like the difference between Bill Gates and your current bank account. While they are making more money every year, the average take home is $42,940.91, which isn’t so bad if you consider a driving a Hyundai baller.

If you didn’t know that K-pop stars are pretty baller, now you do. You’re welcome.

Japanese group Babymetal has been described as an “adorable apocalypse,” and I’ll be darned if that’s not just what they are. This week coverage was everywhere from Gawker to USA Today. It’s now been viewed over 2.8 million times.

The break out week also saw their self titled album hit the top of the iTunes Metal chart in the US (34 overall), UK, Canada and beyond. In the US, it also topped the Rock album chart. It got to No.20 on Billboard “Heatseekers Albums” chart.

That song, called “Give Me Chocolate,” includes such lyrics as “I can have a bit of chocolate, can’t I? But my weight worries me a bit these days. However, chocolate.”