Boasting a sleek, wide-body chrome exterior fitted with aerodynamic curves along the side profile and rear, the latest concept car from Infiniti is powered by a 4.5-liter hybrid powertrain engine as black center-lock carbon fiber wheels accentuate the modern aesthetic.

More than just a design exercise, the supercar was borne from thorough technical calculations surrounding the aerodynamics and engine performance, intended as “a vision of what a high performance Infiniti could look like in the future.”

The supercar will be available as downloadable content beginning on December 16 on Gran Turismo 6 for PlayStation 3. In the meantime, check out the photos and watch the video of the design process below.

Nissan and Gran Turismo have unveiled their collaborative effort titled “NISSAN CONCEPT 2020 Gran Turismo,” which will be distributed as a free update for the Playstation 3 exclusive Gran Turismo 6. The intention with this car was to give young designers at Nissan Design Europe in London complete freedom to create the sportscar of their dreams.

Nissan Technical Center engineers then integrated technical aspects into the design to establish the combination of design and technology for its development. Enjoy the snippet of the car in action and look out for the update in July.

Kicking off the North American International Auto Show in Detroit, Toyota pulls the red curtain on its FT-1 concept coupe. The sleek FT-1 (Future Toyota 1) has been a project of the automotive company’s Calty design studio for over two years now, and will further commemorate its 40th anniversary.

Pairing a traditional front-engine placement with rear-wheel drive, the aggressively curvy two-door concept is heavily influenced by Toyota’s sports car past, especially its Celica and Supra lines. Exterior features include a 2000GT-inspired wraparound windshield and side windows, a retractable rear wing, robust fenders, an Enzo-like front bumper, a unique vent system, and much more. On the inside, the driver sits back in a low cockpit with an F1-inspired steering wheel, a delta-shaped display zone, composite seating and a heads up display to keep its driver focused on the road ahead.

Though its technical features and possible release details are unknown, the Toyota FT-1 will be available on Sony’s Gran Turismo 6. 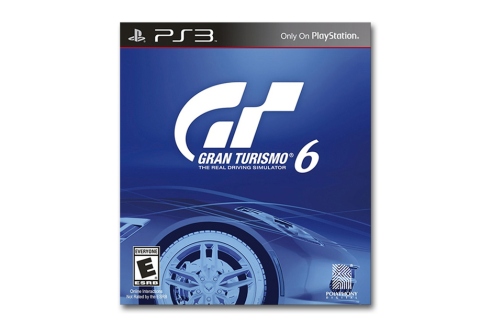 The highly-anticipated Gran Turismo 6 just dropped last week and has already been earning its fair share of rave reviews. This is the 2nd GT title to hit the PlayStation 3 — it’s also available for PlayStation 4 — and commemorates the series’ 15th anniversary, for which the award-winning racing simulator has included among its features “Vision Gran Turismo,” a festival showcasing a lineup of concept cars developed by various companies just for the game including Air Jordan, Nike and Red Bull and why not, the chance to cruise the moon with a Lunar Rover.

GT 6 currently retails for $60 USD over at select retailers including online through Amazon.