You may know the soy sauce is very good for our health, but do you know that it is a potential effect on HIV for soy sauce?

An amazing research result was revealed by the study of the University of Missouri in their paper. According to their paper, the soy sauce used in Japanese food is likely to contain a strong molecule “EFdA” which can be 70 times more potent than Tenofovir (the major anti-HIV viral drug).

Stefan Sarafianos, one of the researchers at University of Missouri School of Medicine, said “EFdA, the molecule we are studying, is less likely to cause resistance in HIV patients because it is more readily activated and is less quickly broken down by the body as similar existing drugs.” Sarafianos and his team of researchers recreated the exact structure and configuration of the molecule, which is now being tested by the pharmaceutical company Merck.

I’m looking forward to further research reports as one of the drug developers and also that of Japanese who love soy sauce.

Business-minded locals in the mountainous part of Guandong province in China are making money off the region’s natural fresh air.

Lianshan Zhuang and Yao autonomous county residents, have set up stalls atop its mountain and began selling air in plastic bags to city dwellers escaping the smog. 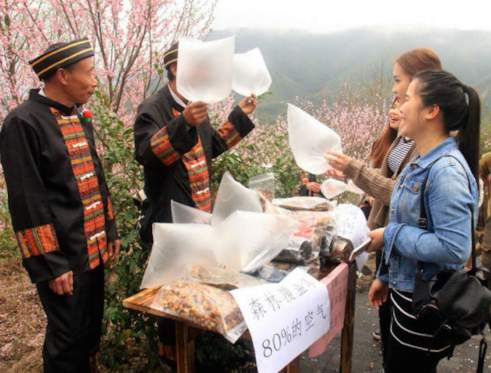 Lianshan county, reportedly the greenest area in northern Guandong, is a favorite getaway spot for city folk who want to escape from urban pollution.

Marketing a bag of air is not that difficult for these crafty entrepreneurs as many customers find the idea of taking home fresh mountain air quite reasonable.

Air pollution has become a major issue in China especially in its highly industrialized cities and continuously poses a threat to the public health of its people. 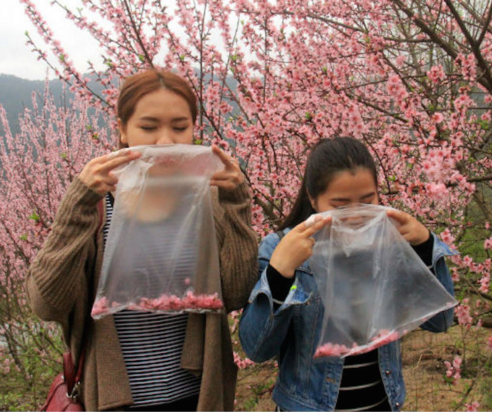 As anyone who has ever attended or taught at a Japanese school can tell you, school lunch (kyuushoku) is the most important part of the day.

It provides not only nourishment, but also an opportunity to teachers and students to bond by eating together.

While the lunch is typically prepared by full-time staff in a large kitchen either in the school or at a central facility that serves the entire school district, it’s the students who are responsible for serving lunch for their classmates.

Individuals who have ever stepped foot inside an Asian household probably know that shoes are not allowed.

Shoes are typically removed before entering homes for hygienic reasons — the amount of dirt and bacteria found on them are shockingly disgusting.

Approximately 421,000 different types of bacteria can be found on shoes, according to a 2008 study by the University of Arizona. Of the shoes examined in the study, 96% of them were found to have coliforms, a bacterial indicator of the level of sanitation of foods and water that is also universally found in feces of humans and warm-blooded animals.

Study author Charles Gerba, a microbiologist at the University of Arizona, explained:

“The common occurrence (96%) of coliform and E. coli bacteria on the outside of the shoes indicates frequent contact with fecal material, which most likely originates from floors in public restrooms or contact with animal fecal material outdoors. Our study also indicated that bacteria can be tracked by shoes over a long distance into your home or personal space after the shoes were contaminated with bacteria.”

Bringing shoes into the house leads to a 90-99% chance of transfer of bacteria from dirty shoes to uncontaminated home floors.

If that doesn’t gross you out then this might: public restroom floors have an estimated 2 million bacteria per square inch. However, an average toilet seat has about 50 per square inch.

Kelly Reynolds, microbiologist and professor at the University of Arizona, said:

“We walk through things like bird droppings, dog waste and germs on public restroom floors, all of which are sources for E. coli.

“Think about rain water in the street. It can have gasoline in it and chemicals, and those get on your shoes and can be brought into your home.”

Though with toxins and chemicals, repeat exposure during a lifetime will lead to health related illness.

If that doesn’t convince people to take off their shoes before going inside their house then perhaps washing shoes regularly with detergent will help. The University of Arizona study found that cleaning shoes in the washing machine will kill the presence of bacteria by at least 90%. Floors and carpets should also be disinfected with carpet cleaners such as a steam cleaner.

The best way though, is to keep those shoes out of the house! 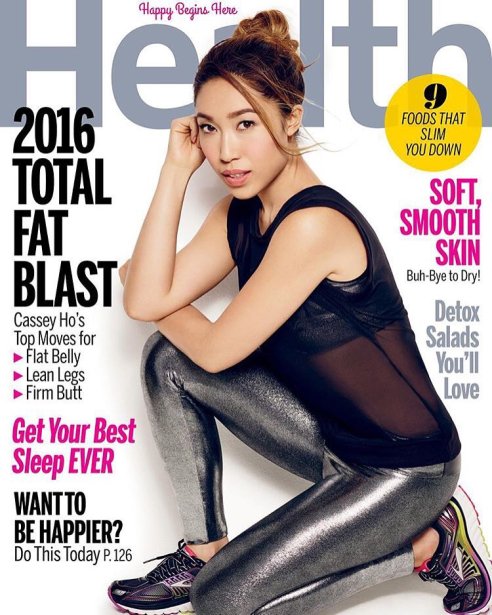 While Japan is famous for its animation, food, pop-culture, it’s also infamous for its extremely high suicide rates. Many Japanese students and salarymen succumb to the pressures of school and work by taking their own lives. There is little knowledge about what factors increase the risk of suicide, but recent research has found that people, namely adolescents, born between January 1 and April 1, are 30 percent more likely to commit suicide.

April 1 may be a day of jokes and pranks for some, but in Japan, the beginning of April means a new fiscal year and the start of a new school year. Since school always starts on the first Monday of April, federal law states that students will enter first grade if, and only if, they are six years old by April 1 of that year. Born on April 2? You wait until the next year to start school.

A research team in Osaka, headed by Associate Professor Tetsuya Matsubayashi, in collaboration with an American team from Syracuse University, hypothesized that the students born between January 1 and April 1, the youngest in the cohort, are at a higher risk of suicide.

They base their hypothesis on the idea that this group is developmentally behind their peers, who can be nearly a year older. While it doesn’t seem like much, in childhood, a year can make a big difference in mental, physical and emotional abilities. Because of this, kids born in that young group are more likely to fall behind their older, more developed, peers in both academics and sports. This disadvantage, the researchers argue, is enough to significantly increase pressure and stress in school for some students, which could eventually push them to suicide.

▼ Developmental disparities are still, if not more, apparent in high school.

The teams used information from people born between 1974 and 1985 and looked at those who committed suicide between the ages of 15-25, then separated their findings based on birthdate. They found that there were 30 percent more suicides of students born in the last week of March (March 26-April 1), the youngest kids, compared to students born in the first week of April (April 2-8), the oldest kids.

There have been some other studies, though not so many, comparing April-born and March-born people, including one which found that March-born people earned four percent less income than their older counterparts.

Upon announcing their results, Matsubayashi emphasized his belief that Japan needs to drop this current way of determining when students start school and return to the old way, a way that many other countries are starting to adopt again: kids should start school when they are developmentally ready. In “the old days” of Japan, that meant being in good health and knowing right from left. While those standards of readiness may have to be tweaked, the proposal, in general, makes sense. We’ll be on the look-out for any developments on this front, but a change like this will take some time, if ever implemented.

The 2015 Nobel Prize in Physiology or Medicine was awarded on Monday to Drs. William C. Campbell and Satoshi Omura, who jointly share one-half of the award “for their discoveries concerning a novel therapy against infections caused by roundworm parasites”, and Tu Youyou (屠呦呦), who won the other half “for her discoveries concerning a novel therapy against malaria”.

Tu, chief professor at China Academy of Chinese Medical Sciences (formerly known as China Academy of Traditional Chinese Medicine), is recognized for role in for identifying, extracting, and showing the efficacy of a compound named artemisinin in treating malaria.  Her inspiration for discovering and isolating this compound came from traditional Chinese medicine’s use of sweet wormwood (青蒿素) to treat fevers, which can be indicator of malaria.   Medicines and treatments created from artemisinin have saved millions of lives, and she was previously honored in 2011 for her achievements with the Lasker DeBakey Clinical Medical Research Award, often called a pre-cursor to a Nobel win.

The Nobel Foundation explains “When used in combination therapy, it is estimated to reduce mortality from Malaria by more than 20% overall and by more than 30% in children.  For Africa alone, this means that more than 100 000 lives are saved each year.”   The World Health Organization estimates that more than 1 billion artemisinin-based treatment courses have been administered and that the Nobel prize for artemisinin is “a tribute to the contribution of the Chinese scientific community in the fight against malaria.”

Born in Ningbo, Zhejiang Province in 1930, Tu graduated from Peking University School of Medicine in 1955 and worked as a researcher at China Academy of Traditional Chinese Medicine.  In 1969, during the Cultural Revolution, she joined a secret military program named Project 523 commissioned by Mao Zedong himself two years earlier to find a cure for malaria which afflicted thousands in southern China and Northern Vietnamese Communist soldiers fighting in the mosquito-infested jungles of China’s southern neighbor.