While America celebrates Victory over Japan Day on September 2, let’s not forget the suffering of about 110,000 Japanese Americans who were forced to live in internment camps.

Even at the time, this policy was opposed by many Americans, including renowned photographer Ansel Adams, who in the summer of 1943 made his first visit to Manzanar War Relocation Camp in the Sierra Nevada mountains. Invited by the warden, Adams sought to document the living conditions of the camp’s inhabitants.

His photos were published in a book titled “Born Free And Equal: The Story of Loyal Japanese-Americans” in 1944, with an accompanying exhibition at MoMA.

In 1965, when he donated the images to the Library of Congress, Adams shared some thoughts on the project:

“The purpose of my work was to show how these people, suffering under a great injustice, and loss of property, businesses and professions, had overcome the sense of defeat and dispair (sic) by building for themselves a vital community in an arid (but magnificent) environment,” he said.

At the outset of World War II, the American government feared subversive actions by Japanese American citizens and began moving them to relocation camps.

Manzanar was one of 10 sites where about 110,000 Japanese Americans were forced to live.

It was an abandoned agricultural settlement that was repurposed as a relocation center.

Adams’ works showed the humanity of people living at the camps.

In many instances, Adams took portraits of the people whose daily lives he photographed, like this one of the same little girl, Joyce Yuki Nakamura.

This one is labeled only in the collection as “Mrs. Kay Kageyama.”

Richard Kobayashi was a farmer.

Images of the fields at Manzanar are beautiful.

There’s a sense of community in the midst of hardship.

Here, a mechanic repairs a broken down tractor while the driver looks on.

The camp was largely self-sufficient, keeping livestock too.

Adams also captured the recreational time at the camp, like in this image of Dennis Shimizu lying on his bed reading.

Or these women playing volleyball.

This picture of women playing cards shows the different backgrounds and roles of the camp’s inhabitants.

It’s remarkable to think that people could serve in the military and still be interned.

But it was apparently a common occurrence.

For some, it had been the only life they ever knew.

The inscription reads “Monument for the Pacification of Spirits.”

The feature documentary To Be Takei is a fun and insightful look at the life and career of celebrated actor, activist and internet personality George Takei. Or, as I like to call him, Uncle George.

If you missed To Be Takei in theaters or have not yet seen it on DVD, it’s now available as a direct digital download. Want a discount on the download?

The film, directed by Jennifer M. Kroot, chronicles Takei’s seven-decade journey from a World War II internment camp, to the helm of the Starship Enterprise, to the daily news feeds of five million Facebook fans. Join George and his husband Brad on this star’s playful and profound trek for life, liberty, and love.

To Be Takei is now available as a digital download in both a standard edition ($9.99) and deluxe edition ($19.99) with 80 minutes of bonus scenes (including 15 exclusive scenes featuring William Shatner, Leonard Nimoy, Nichelle Nichols and more hilarity with George and Brad Takei) and the film’s soundtrack.

Portola Middle School in El Cerrito has been renamed after Fred T. Korematsu, the Japanese American who famously defied an order to be placed in internment camps during World War II.

At its Wednesday meeting, the West Contra Costa Unified School District Board of Education voted unanimously to rename the school. Board President Charles Ramsey, who suggested the name change, said honoring Korematsu is “a reminder that injustice should never be accepted.”

“I am proud that a school in El Cerrito can be a part of the civil rights legacy Mr. Korematsu championed through his willingness to challenge injustice,” Ramsey said in a statement. “This is not simply about a name; this is about honoring people who have risked their lives battling injustice and ensuring that our children come to know about their sacrifices.”

There was some opposition to the name change, as Portola honored Gaspar de Portola, the first Spanish explorer to the Bay Area. A committee was formed to evaluate name changes and hosted four public hearings. The district said it received hundreds of written and verbal comments from community members before recommending the name change to the Board of Education.

When Japanese-American citizens were forced into internment camps without cause during World War II, Korematsu was arrested and convicted for defying the internment order. In 1983, however, his case was overturned in U.S. District Court and President Bill Clinton later awarded him the Presidential Medal of Freedom. He remained a civil rights activist thereafter.

The school bearing his name is currently housed in portable buildings as its new campus is being built on Donal Avenue, four blocks away from its original location on Navellier Street between Moeser Lane and Portola Drive. The school is scheduled to open in its new location in January 2016, according to the district.

To Be Takei is an upcoming documentary directed by filmmaker Jennifer M. Kroot that examines the life of actor, activist, and social media icon George Takei. Best known as the USS Enterprise helmsman Hikaru Sulu on the original Star Trek series, Takei has maintained prominence in recent years as an LGBT activist, popular social media figure, and due to frequent cameo appearances on shows like Futurama and Archer.

The documentary follows the actor’s life from his early years spent in a World War II Japanese American internment camp to his rise as one of the most prominent Asian-American actors on television. The movie is scheduled to release in theaters on August 22nd, 2014.

I was the best helmsman in the galaxy — and put to rest all of those stereotypes about Asian drivers.

Jack Matsuoka, a Nisei cartoonist whose drawings of camp life have helped educate the public about the Japanese American internment experience, passed away earlier this week at his residence in San Jose with his family present. He was 87.

He had been in poor health since suffering a stroke while attending the opening of the Congressional Gold Medal exhibit at the de Young Museum in San Francisco on June 29.

Jack Matsuoka passes away at 87; best known for his book about life in Poston internment camp 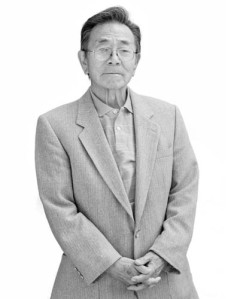 Ruth Asawa, the visionary Japanese American sculptorwho learned to draw in an internment camp for Japanese-Americans during World War II and later earned renown weaving wire into intricate, flowing, fanciful abstract sculptures, died at the age of 87 on August 6 at her home in San Francisco, where many of her works now dot the cityscape.

Known in San Francisco as the “fountain lady”, her work is included in prominent art collections such as those of the Solomon R. Guggenheim Museum and the Whitney in New York.