A legal dispute has emerged between two of Asian America‘s leading blogging figures, one that has confused and saddened portions of the Asian-American community, and has highlighted the growing clout and economic interests such properties wield in the digital age.

Lela Lee created the “Angry Little Asian Girl” comic strip in the early days of the Asian-American blogging scene, tapping into a nascent emotional tone that resonated amongst Asian-American activists and artists across the internet. Lee claims that Phil Yu, the man behind the popular Angry Asian Man blog, has encroached on her intellectual property with his expanding media efforts and the monetization of his blog. 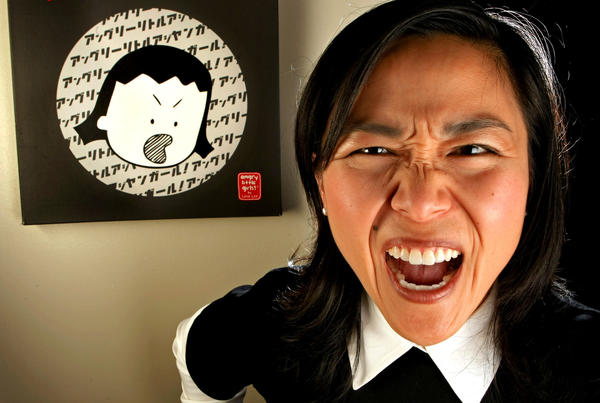 While the legal wrangling continues, the impact on the Asian-American media scene has been immediate. On her blog, writer Jenn Fang crafted a lengthy analysis of the case Lee has against Yu, ending with a somber note. “What saddens me,” she wrote, “is that two titans of Asian America have come to blows over who has exclusive rights to call themselves an ‘Angry Asian.‘”

Culture critic Jeff Yang (and father of Hudson Yang, star of the ABC hit show “Fresh off the Boat“) took to Medium to express his concern about how the dispute might affect strides made by Asian Americans in media, calling the disagreement, “deeply damaging…to the larger, deeply interconnected community to which we belong.“

The dispute is ongoing, and blog posts previously posted by both sides have been deleted as negotiations continue.

As you probably know, the groundbreaking ABC sitcom Fresh Off The Boat hits airwaves next week. Based on the bestselling memoir by Eddie Huang, the show stars the first Asian American family on the network television in over two decades. If you’re in New York, you’re invited to a special community viewing party.

Because this kind of a big deal. Watch the live two-episode premiere, along with a talkback with series star Hudson Yang and proud dad Jeff Yang, and special guests Erin Quill, Grek Pak, Richard Lui and more. It’s happening Wednesday, February 4, starting at 8:00pm at The Circle NYC.

Here are some more details about the event:

EDIT: WE ARE LIKELY TO HIT CAPACITY! Space can accommodate 1000 max; COME EARLY as RSVPing here DOES NOT GUARANTEE ADMISSION

Special Thanks to Our Hosts Bobby Kwak and The Circle NYC!

This is going to be fun. But like it says, the venue is likely to reach capacity, and seating is first-come, first-serve, so make sure you get there early. For further information about the event, refer to the Facebook event.

The official Twitter account for ABC‘s upcoming spin-off comedy series Fresh Off the Boat is in some hot water after posting a controversial ad depicting various cultural hats. Chef Eddie Huang, whose memoir serves as the basis for the forthcoming comedy series, expressed his distaste for the ad, calling it “plain offensive and ridiculous.”

Receiving criticism from audiences for its stereotypical nature in particular for its “bamboo hat” reference, the Twitter ad has since been deleted as executive producer Jeff Yang confirms. While it is no secret that Huang has expressed his frustration on getting the television series on air, the chef praises ABC’s efforts in pioneering a story that has yet to be told on major networks. 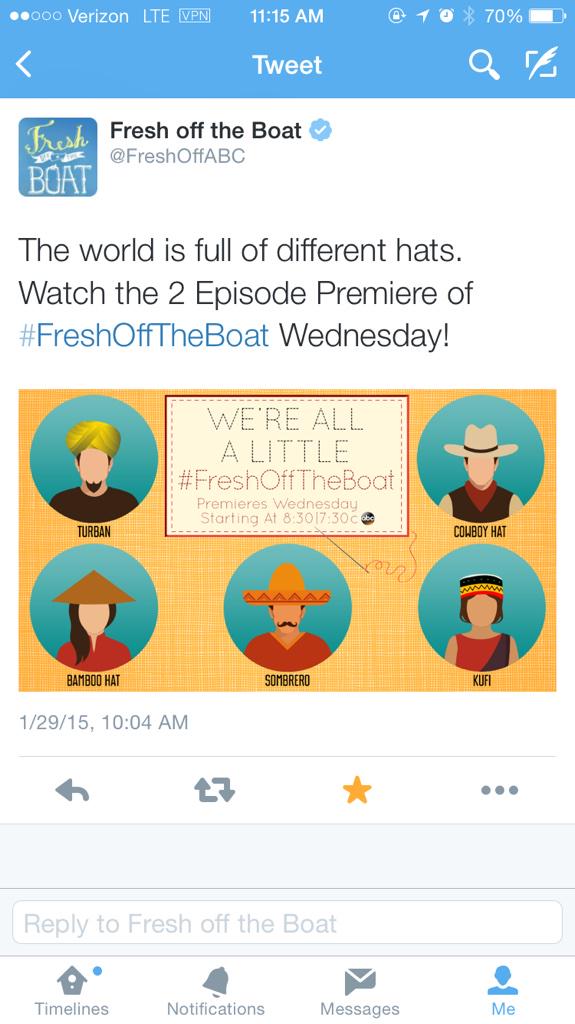 Curated by “Asian Pop” columnist Jeff Yang, this exhibition is a unique and fascinating look at how the images and characters of Asians and Asian Americans featured in comic books during times of war and unrest coalesced into archetypes that still remain today.

The exhibition also contains elements designed to encourage direct engagement with the archetypes, such as life-size cutouts of the eight archetypes that allow visitors to put themselves “inside the image” and an installation called “Shades of Yellow” that matches the shades used for Asian skin tones in the comics with their garish yellow Pantone.

“Marvels & Monsters” ends with a library of present-day graphic novels by Asian American creators and an area where visitors can color original heroes designed by Bernard Chang (“Supergirl”) and Jef Castro and Jerry Ma (“Secret Identities”).

A free preview reception for “Marvels & Monsters” will be hosted by the JANM Young Professionals Network on Thursday, Oct. 10, from 6 to 9:30 p.m. The preview will debut original monologues and short performances in a special showcase. These winning pieces will commemorate JANM’s West Coast premiere of “Marvels & Monsters” by rethinking, subverting, deconstructing, or satirizing the eight Asian pop culture archetypes depicted in this exhibition.