One of Buzzfeed’s top posts is a list called “27 Surreal Places To Visit Before You Die.”

Since it’s release in 2013, the list has gained over 10 million views and for good reason! All of the locations are absolutely breathtaking.

In honor of Earth Day, we’re taking a closer look at the five locations in Asia that made it onto this list to remind everyone that the earth is capable of such beauty. Lets work to keep it that way.

The Danxia landforms are sandstone formations most known for (you guessed it) their vibrant color patterns. They are located in a remote region in northern central China. The mountains and hills retain such color because Danxia landforms are composed of red sandstone. Mineral deposits were compressed into rock for 24 million years, thus gaining colors ranging from deep red to yellow and green.

The Sơn Đoòng cave is currently the largest known cave in the world and is located near the border of Laos and Vietnam. It is five times larger than the Phong Nha Cave which previously held the record for being the biggest cave in Vietnam. Although it was created 2-5 million years ago, the cave did not become public knowledge until 2009. Inside, there is a fast flowing underground river as well as cave pearls the size of baseballs.

This popular tourist destination has been given the nickname “flower paradise” because the 32,000 square meters of flowers look amazing all year long. With each passing season, a different variety of flower will blossom throughout the Hitachi Seaside park such as the Nemophilas. The popular blue flower blossoms annually during springtime.

These Japanese bamboo groves, located in Northwest Kyoto, are a tourist favorite. The gorgeous line of bamboo not only looks beautiful, apparently it sounds beautiful too. Amusing Planet notes, “The sound of the wind in this bamboo forest has been voted as one of ‘one hundred must-be-preserved sounds of Japan’ by the Japanese government.”

The bamboo in this grove is still used to manufacture various products such as cups, boxes, baskets and mats in the area.

Kelimutu is a small volcano in the central Flores Island of Indonesia. It has gained popularity because the volcano has three craters which each contain a lake with a different color. The lakes periodically change colors from red and brown to turquoise and green, independent of each other. The lakes are named Tiwi Ata Mbupu (Lake of Old People), Tiwu Nua Muri Kooh Tai (Lake of Young Men and Maidens) and Tiwu Ata Polo (Lake of Evil Sprits, or Enchanted Lake). The scientific explanation behind the colorful lakes? Chemical reactions from the minerals in the lake are triggered by the volcano’s gas activity.

Following the previous announcement of shortlist winners, the complete list of winning submissions for the Sony World Photography Awards 2015′s 173,444 entries has been released. The first, second and third best photos were chosen from three categories: Open, Professional and Youth, and are ranked by country.

The content and themes of the photo submissions span across a variety of subjects, such as breathtaking landscapes, magnificent architecture, unique perspective, and stunning portraits of people and exotic cultures. Some photos are black and white, others feature vibrant color; some capture candid moments, others are the result of brilliant staged direction. The gallery here is a selection of favorite first place photos, but you can head over to the official site to view the rest of the winners.

Wooden sticks are reflected on the mirror-like waters in Koh Samui Island in Thailand on February 15, 2015.

Anyone who has visited Japan during hanami (cherry blossom viewing) season will definitely agree –  they’ve got some really gorgeous flowers over there. But Japan’s not all sakura, you know! In fact, there’s a veritable cornucopia of beautiful blooms to appreciate at different times of the year. If you’re too impatient for the springtime sakura, you can get a head start by checking out the plum blossoms that start to peek out during the tail-end of winter. And if you’re still not satisfied after feasting your eyes on the sakura itself (or feasting on snacks during hanami, as the case may be), why not plan a summer visit to the “Wisteria Tunnel” located in Kitakyushu, Fukuoka Prefecture?

The Kawachi Fuji Gardens is host to a tunnel of wisteria plants which form a dazzling canopy underneath which visitors can wander at their leisure. Wisteria, known as fuji in Japanese (not the same fuji as in Mount Fuji, however) is formed of many vines which intertwine themselves around any available means of support. Look closely and you can spot the framework which forms the skeleton of the tunnel. It’s a perfect example of nature and man-made construction combining to create a super-pretty tourist attraction that’s helping to put the city of Kitakyushu on the tourist map.

▼The fallen petals provide a soft carpet to stroll upon

If you’re interested in checking out the Wisteria Tunnel during your next visit to Fukuoka, we hear that May is the best time to catch the blossoms in full bloom. Don’t forget to bring your camera!

These stunning photographs, which look like a glorious late evening sky with dashes of pink and purple, are actually pictures of Japan’s largest wisteria (or wistaria, depending on whom you ask) plant.

This plant, located in Ashikaga Flower Park in Japan, is certainly not the largest in the world, but it still comes in at an impressive 1,990 square meters (or half an acre) and dates back to around 1870 (the largest, at about 4,000 square meters, is the wisteria vine in Sierra Madre, California). Although wisterias can look like trees, they’re actually vines. Because its vines have the potential to get very heavy, this plant’s entire structure is held up on steel supports, allowing visitors to walk below its canopy and bask in the pink and purple light cast by its beautiful hanging blossoms.

This abandoned mall in Bangkok, Thailand, hides an unlikely secret behind it’s walls – it is home to thousands of fish, which freely roam the mall’s flooded floor. The mall was closed in 1997, and a fire in 1999 left it without a roof. During the rainy season, the mall quickly flooded with water, which created a perfect environment for a mosquito outbreak in the area. To get rid of them, the locals came up with a great idea – to breed freshwater Catfish and Koi fish in the mall’s water so they could eat the insects.

Now the mall hides one of the biggest natural aquariums in the world. Professional cook, writer and photographer Jesse Rockwell visited this mall to take some photos, which tell a disaster movie-like story of nature reclaiming the land.

“Without a good knowledge of Bangkok geography, one would be hard pressed to believe anything interesting lies behind this gate”, writes James on his blog.

“At some point in the early 2000′s an unknown person began introducing a small population of exotic Koi and Catfish species. The small population of fish began to thrive and the result is now a self-sustained, and amazingly populated urban aquarium”

This is a selection of some of the most amazing Panda photographs out there. Will definitely make you to want to become a Panda yourself! most of them from the Panda Research Base in Chengdu.

Japanese photographer Miki Asai is an incredibly talented macro photographer who accompanies ants as they explore a miniature world of stones, flowers and water – mostly within her own garden.

It all began when she got her macro lens and started taking photos in her garden. “As I was looking through the viewfinder, I noticed there were beautiful raindrops and a tiny ant walking through the frame,” Asai told 500px. “I might not have even seen it if I wasn’t using a macro lens. So I thought to myself—how can I shoot these things more beautifully?”

Asai, who lives on the northern Japanese island of Hokkaido, is opposed to controlling the ants in her photos. “I learned that when it comes to living things—if you want to achieve the shot that’s in your head—patience is really the only way,” she said. “I’ve been asked by others how I control ants, but humans shouldn’t be able to control them. You’ve got to use a tripod, an appropriate shutter speed and depth of field, then rely on your own passion and patience.”

Photos of Countless Bioluminescent Organisms Covering a Beach in the Maldives 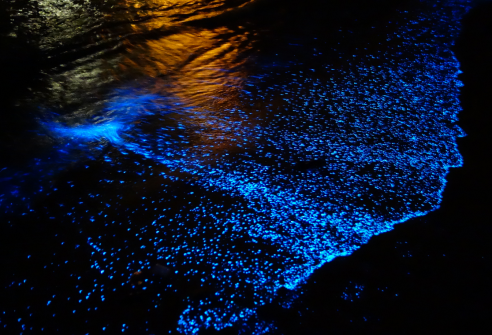 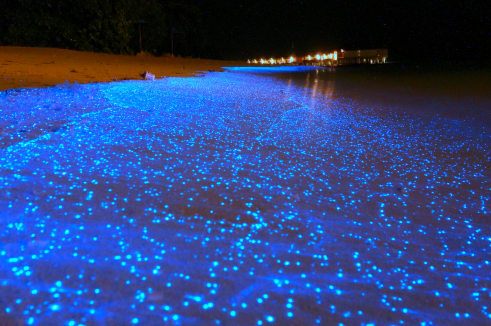 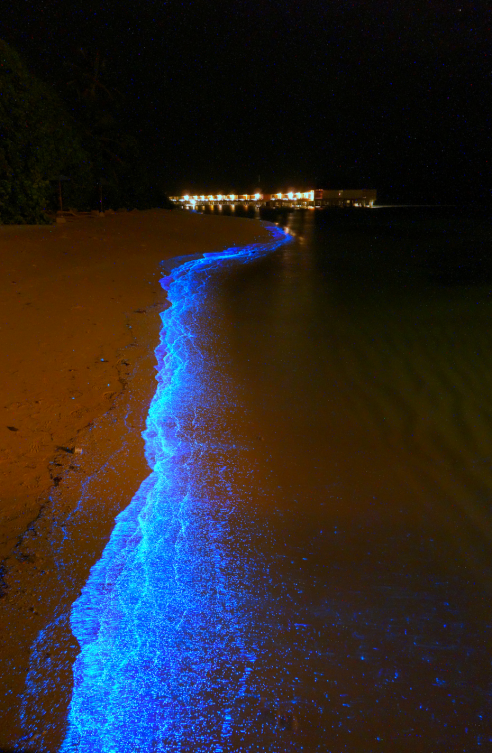 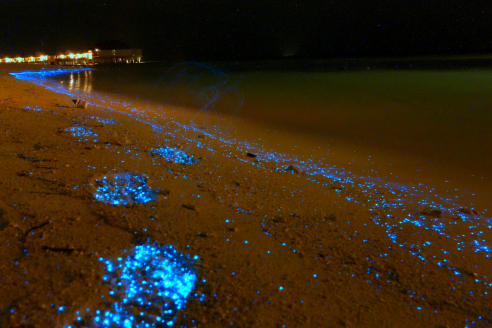 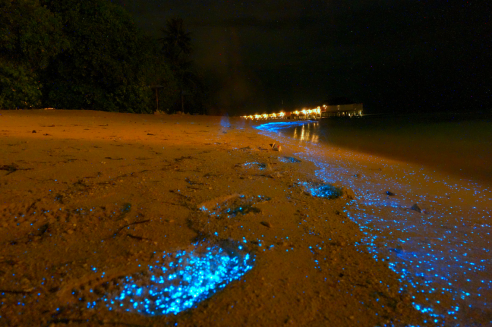 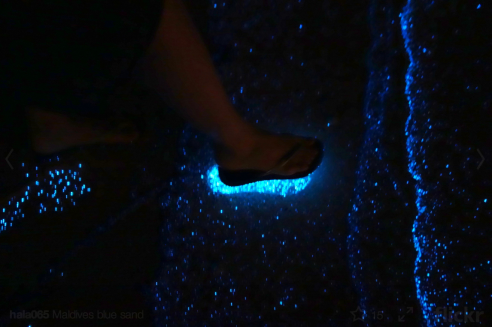 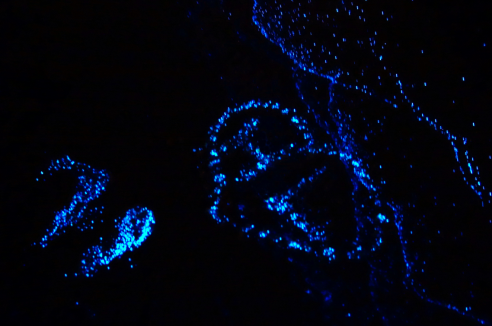