China‘s very own Happiest Place on Earth will be enchanting visitors as soon as this summer.

The Shanghai Disney Resort is slated to throw open the doors of its Magic Kingdom on June 16, becoming the first Disney destination on mainland China and the third in Asia following Tokyo Disneyland‘s debut in 1983 and Hong Kong Disneyland Resort opening in 2005.

The estimated $5.5 billion resort is a joint venture between Disney and Shanghai Shendi Group, a state-owned enterprise that is holding 57 percent of the project.

“The resort reflects Disney’s legendary storytelling along with China’s rich culture, and showcases some of the most creative and innovative experiences we’ve ever created,” Disney CEO Robert Iger said in a statement. “We’re looking forward to showing it to the world and sharing it with the people of China for generations to come.”

Disney is hoping to capitalize on China’s massive economic growth in recent years, although forecasts this year have sent the world’s second-largest economy into a tailspin.

The new resort broke ground in 2011 and will encompass more than 960 acres. It will include an Enchanted Storybook Castle, being billed as the largest, most technologically advanced of Disney’s fabled castles.

The park will also be home to different themes, and include Marvel and Star Wars characters owned as part of Disney’s other properties.

A former Chinese cab driver who hustled his way to becoming a billionaire just set the world record for the second highest price ever paid for a work of art an auction with the purchase of a $170.4 million painting.

The painting, Amedeo Modigliani’s “Nu Couché”, or “Reclining Nude”, was sold on Monday at Christie’s in Manhattan to Chinese billionaire Liu Yiqian who bid for the painting over the phone. “Reclining Nude” is now the second highest price ever paid for a work of art at an auction behind Pablo Picasso’s “Women of Algiers (Version O)”, which sold for $179.5 million at Christie’s last May.

Yiqian, 52, was a middle school dropout who struggled to survive during China’s Cultural Revolution by selling handbags on the street before becoming a cab driver. In the 1980s and 1990s, he made a fortune off investing in stocks for real estate and pharmaceuticals. Now worth $1.4 billion, Yiqian is an art collector and the owner, along with his wife, of two art museums in Shanghai where they are known to be flashy art collectors.

Yiqian plans to bring the pricey painting to display in one of his museums so that Chinese people don’t have to travel across the world just to see it.

The eccentric art collector made headlines last year when bought the famous Ming Dynasty “Chicken Cup,” a finely crafted teacup with a rooster drawn on it, for $36.3 million. Yiqian paid for the cup by using his black American Express Centurion card and swiping it 24 times. Yiqian later posted a picture of himself sipping tea from the antique cup.

In total, since Beijing’s approval this time last year, the multi-billion dollar project will take around five years to complete. Stephen Spielberg is involved with the design process, which will incorporate some “Chinese elements” to appeal to both foreign and local punters.

Meanwhile, Disney is still set on opening its new resort and theme park in Shanghai during the “first half of 2016”, with a Six Flags amusement park due to be complete in Tianjin by 2018. 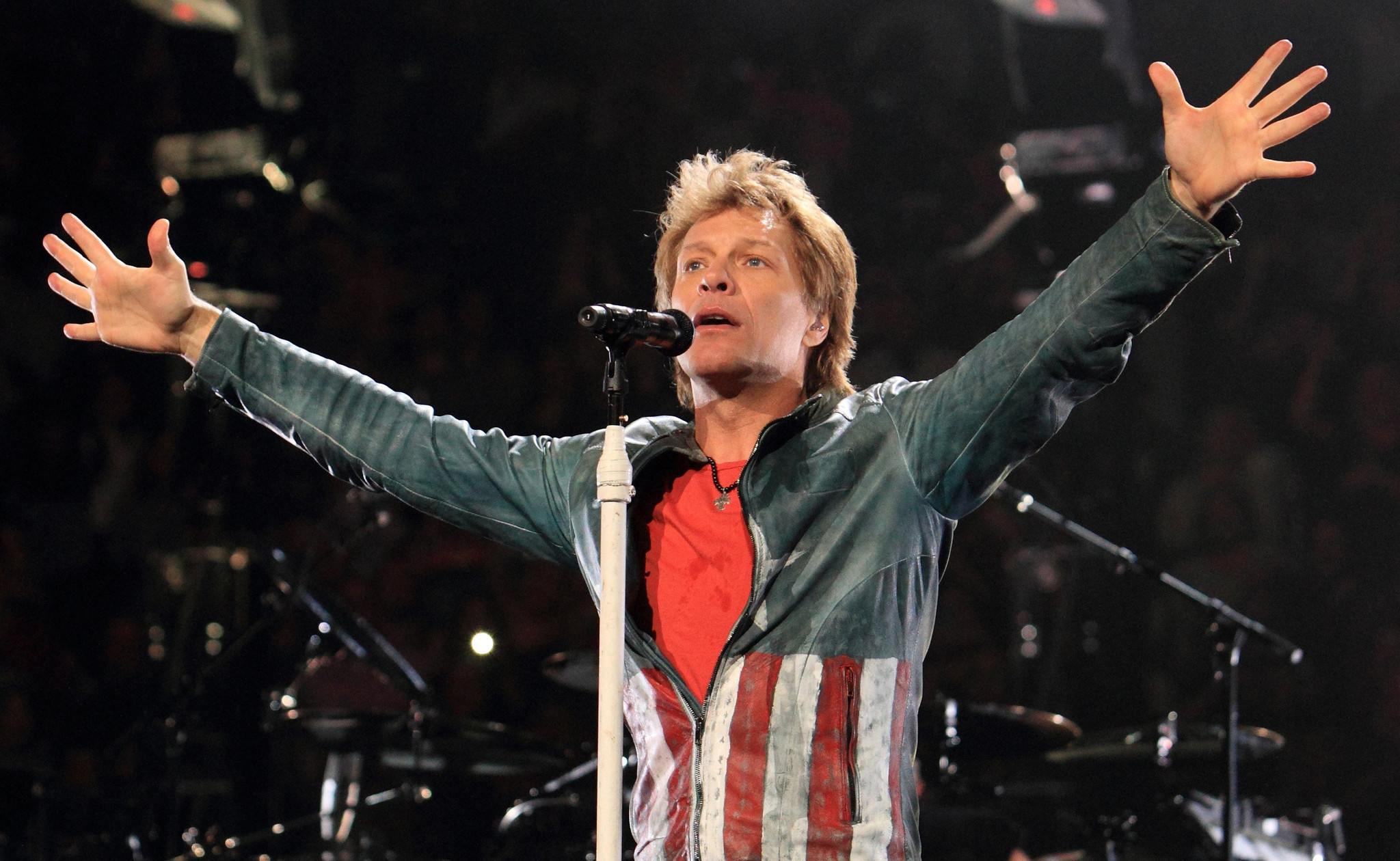 Next Shark (by Laura Dang):

There’s no doubt Asian people love their brand name wallets and designer handbags. Now they have more of a reason to flaunt their assets with the opening of the world’s first Gucci-themed restaurant in Shanghai. Apparently, that’s a thing now.

With the recent explosion of luxurious fine dining cafes in Shanghai, Gucci is the newest addition to the list. After two years of eager anticipation, the 1921 Gucci Cafe has opened its doors to the public. The restaurant sits on the fourth floor of the exuberant IAPM mall in Shanghai.

Guests are able to make their way to the fourth floor restaurant by an elevator located inside the Gucci retail store.

Gucci lovers are served a slice of heaven in the Gucci restaurant as its decked head to toe in the 1921 Gucci logo. Everything, from the silverware to the menus, is branded with the Gucci logo. Consumers are surrounded by premium velvet, showcased merchandise and fine handwoven napkins. The authentic Italian menu offers items such as basil pesto linguine and grilled red snapper fillets.

The Gucci restaurant should be a dining hit in prosperous Shanghai — a survey of wealthy Chinese from December of last year found Gucci to be the second most preferred luxury brand.

Every summer for the past eight years, huge algae blooms have taken over the beaches near Qingdao, a city in the Shandong province of China.

The bright green stuff has blanketed at least 13,500 square miles of ocean this summer, according to the South China Morning Post.

And this isn’t the first time it’s happened. In 2013, the blooms got as big as the state of Connecticut! Check out this year’s algae infestation.

The algae blooms every year on the beaches in Qingdao, on China’s northeast coast between Beijing and Shanghai. The first blooms appeared in 2007 after seaweed farmers working south of Qingdao switched up how they clean off their rafts.

Farmers use the rafts to make nori, a type of edible seaweed that’s popular in Japan. When the rafts are cleaned off in the spring, along comes the algae, which thrives off the leftover seaweed nutrients and the warm conditions in the Yellow Sea.

Researchers think the reason for the algae growth in Qingdao is that seaweed farmers started cleaning their rafts farther offshore. This gave the algae the chance to spread out and make its way to the shore up near the city.

Ever since the large blooms started popping up, tourists have viewed it as a summer tradition to head down to the beach and play in the algae.

While it’s a ton of fun to play in, it’s actually connected to pollution from nearby agriculture and industrial plants that gets in the water.

But luckily, there are some ways to use the algae to benefit the community: It makes for a good fertilizer and green energy source.

Cleaning it up is no small feat — it has to be done quickly, because the algae begins to stink like rotten eggs when it decomposes. Here, workers scoop up the algae during the 2014 bloom.

It’s not just stinky; it’s also incredibly heavy. Workers who cleaned up the 2013 bloom collected more than 19,800 tons of the stuff — about the same weight as 9,900 cars!

If left where it is, the algae can spread to other beaches and become an even bigger environmental problem.

Restaurant operator KFC said Monday it filed a lawsuit against three companies in China whose social media accounts spread false claims about its food, including that its chickens have eight legs.

The case filed by China’s biggest restaurant operator comes as the government intensifies a campaign to clean up rumors on social media. Internet marketers have been convicted of trying to manipulate online sentiment on behalf of clients by posting false information about competitors or deleting critical posts.

In an announcement posted on its Chinese website, KFC said one of the best-known fake rumors was that chickens used by the company are genetically modified and have six wings and eight legs.

KFC is demanding 1.5 million yuan ($242,000) and an apology from each of three companies that operated accounts on the popular mobile phone app WeChat. It is also seeking an immediate stop to their infringements. Shanghai Xuhui District People’s Court has accepted the case, according to a press officer who would only give her surname, Wu.

KFC’s China CEO Qu Cuirong said in a statement that it was hard for companies to protect their brands against rumors because of the difficulties in collecting evidence. “But the stepped-up efforts by the government in recent years to purify the online environment, as well as some judicial interpretations, have offered us confidence and weapons,” she said.

Authorities launched a renewed campaign two years ago to clean up what they called online rumors, negativity and unruliness. Critics say the campaign was largely aimed at suppressing criticism of the ruling Communist Party. Commentaries in state media have argued that a cleanup was needed.

KFC has more than 4,600 restaurants in China.